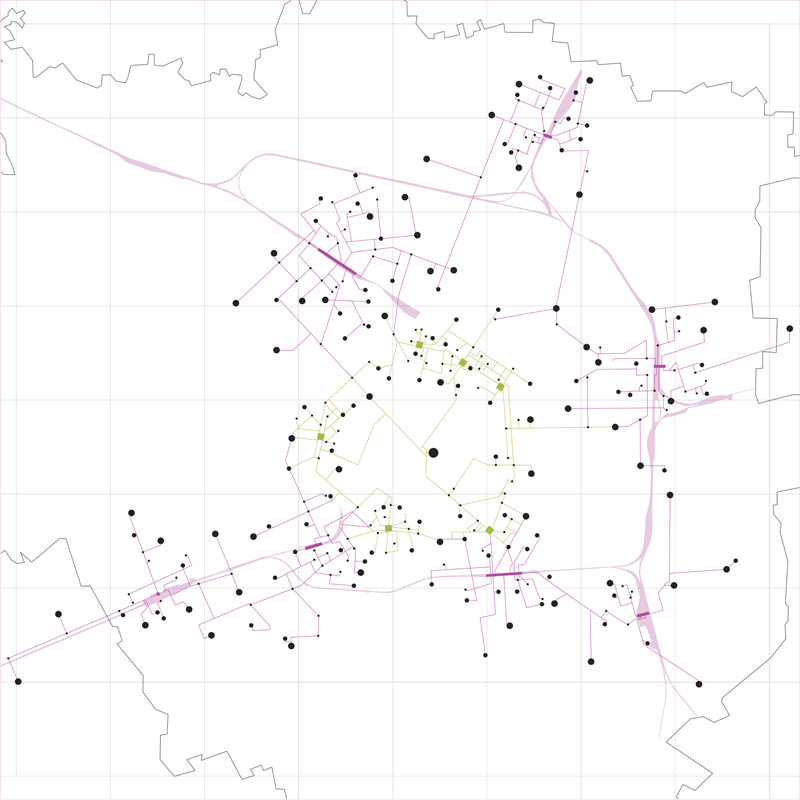 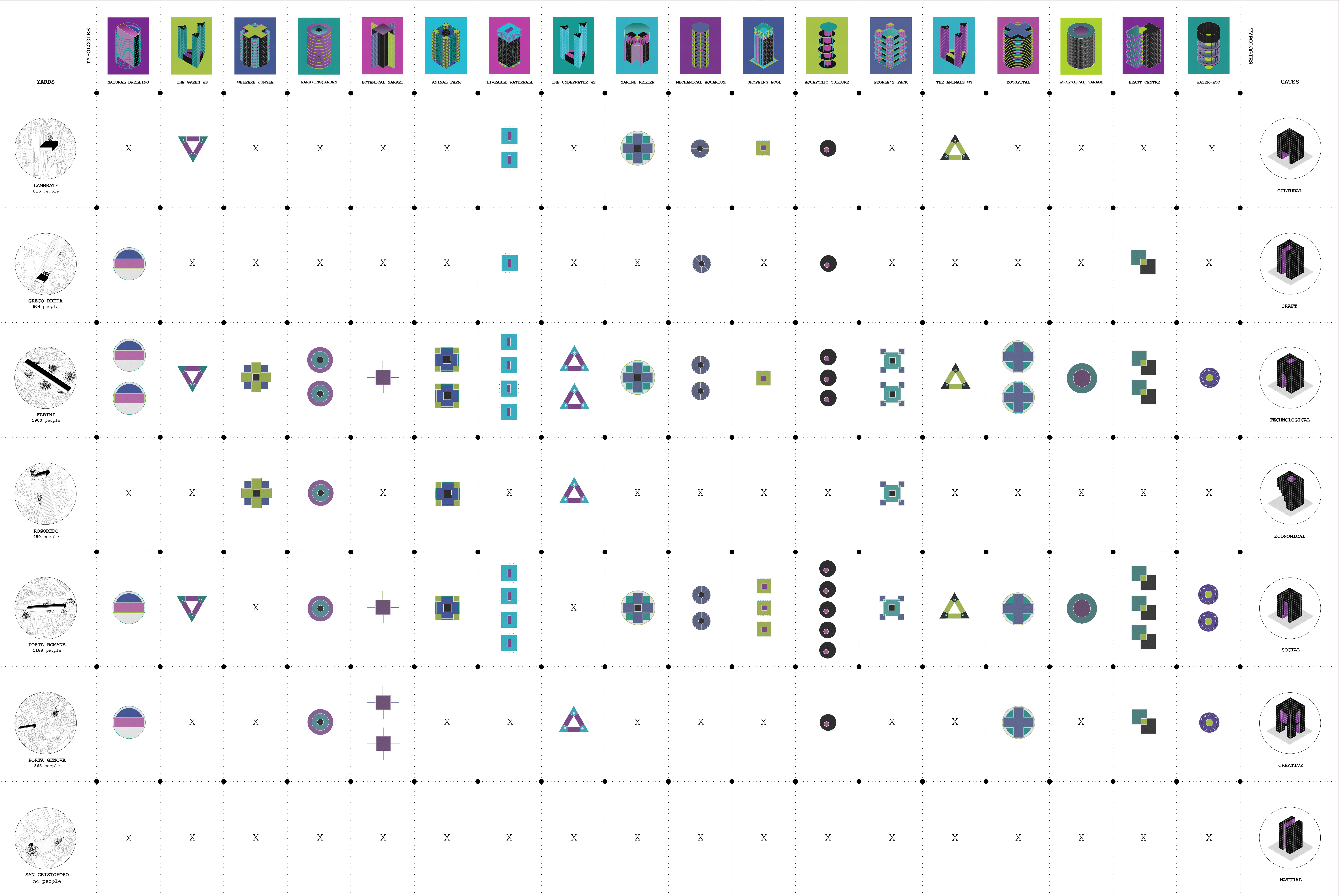 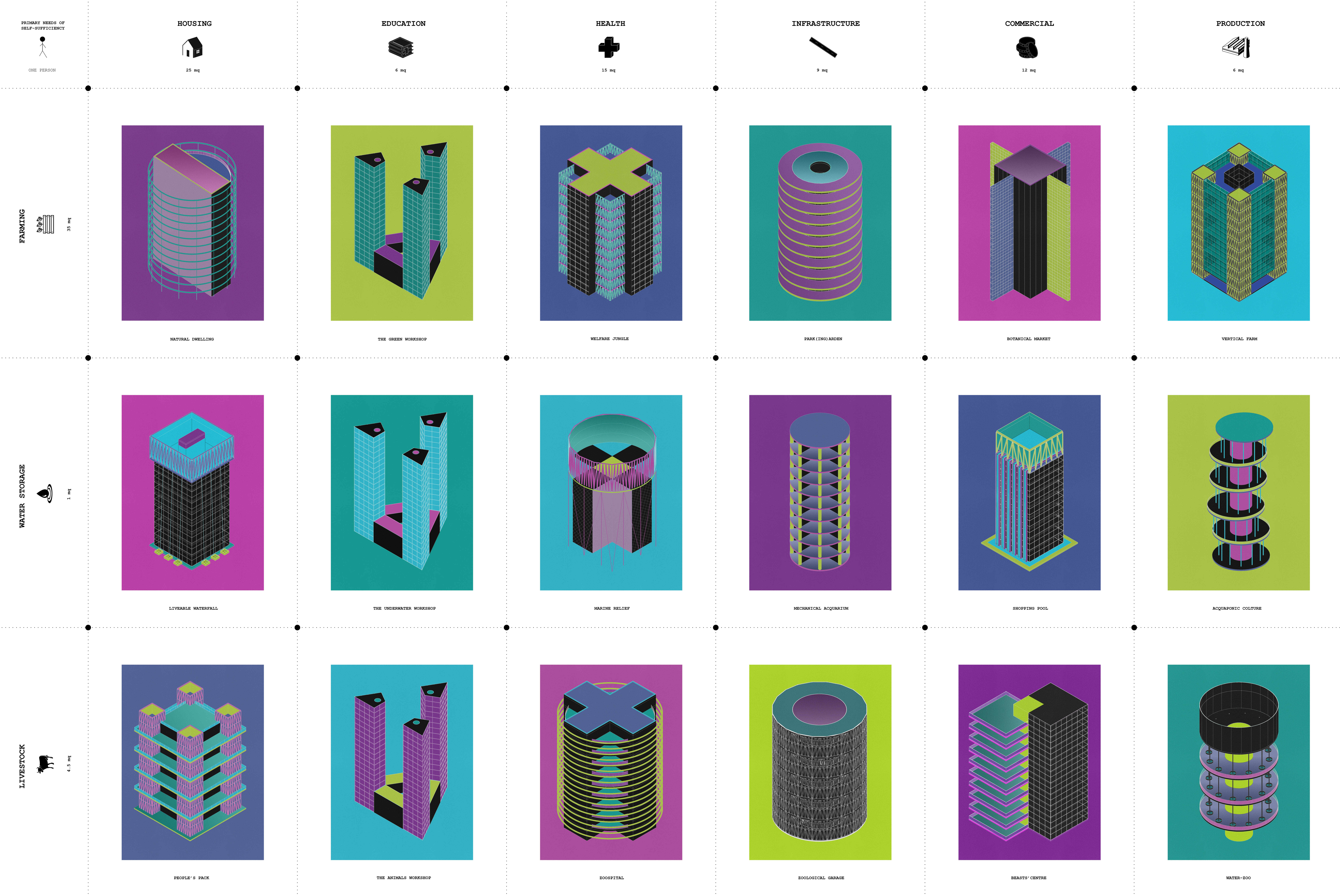 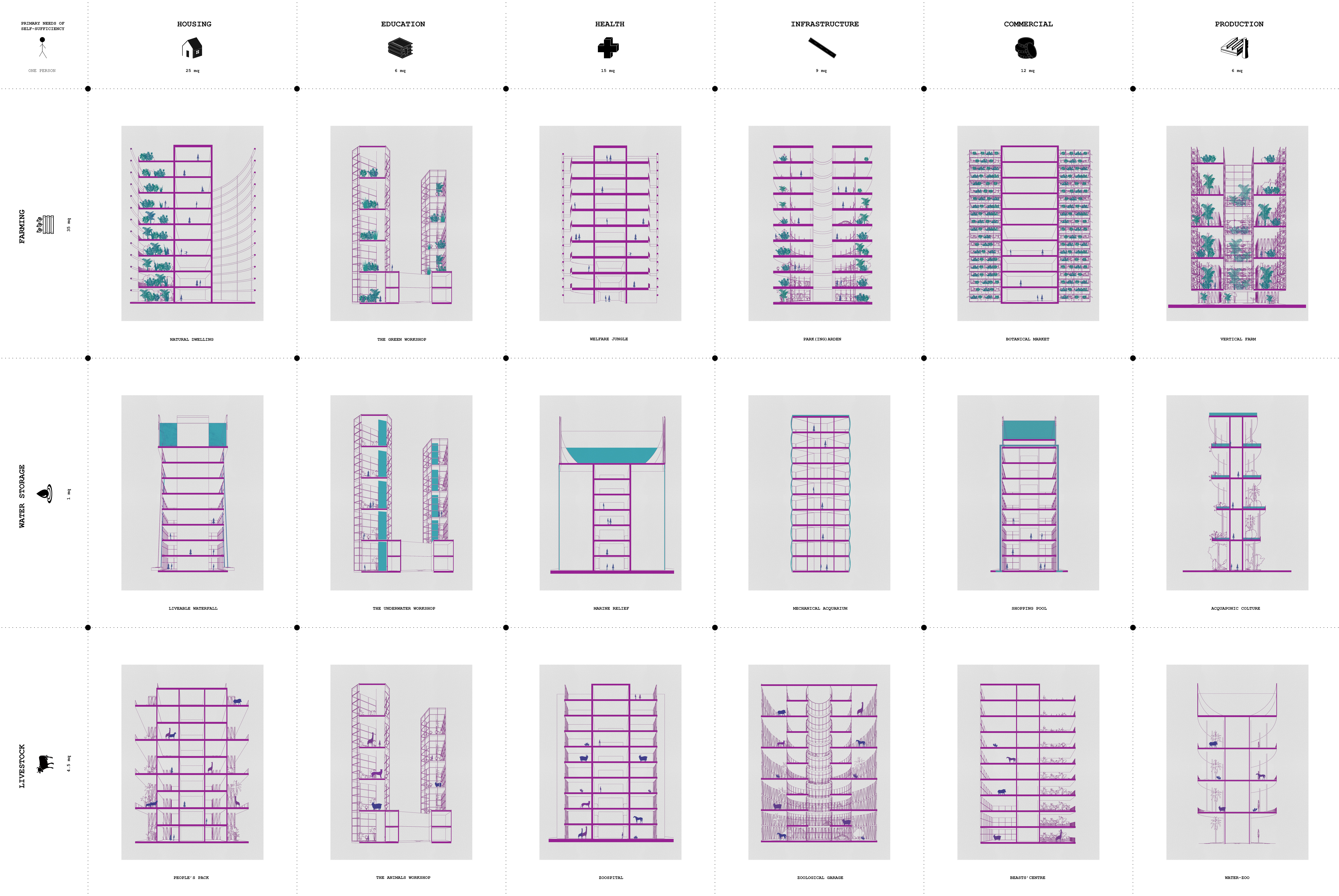 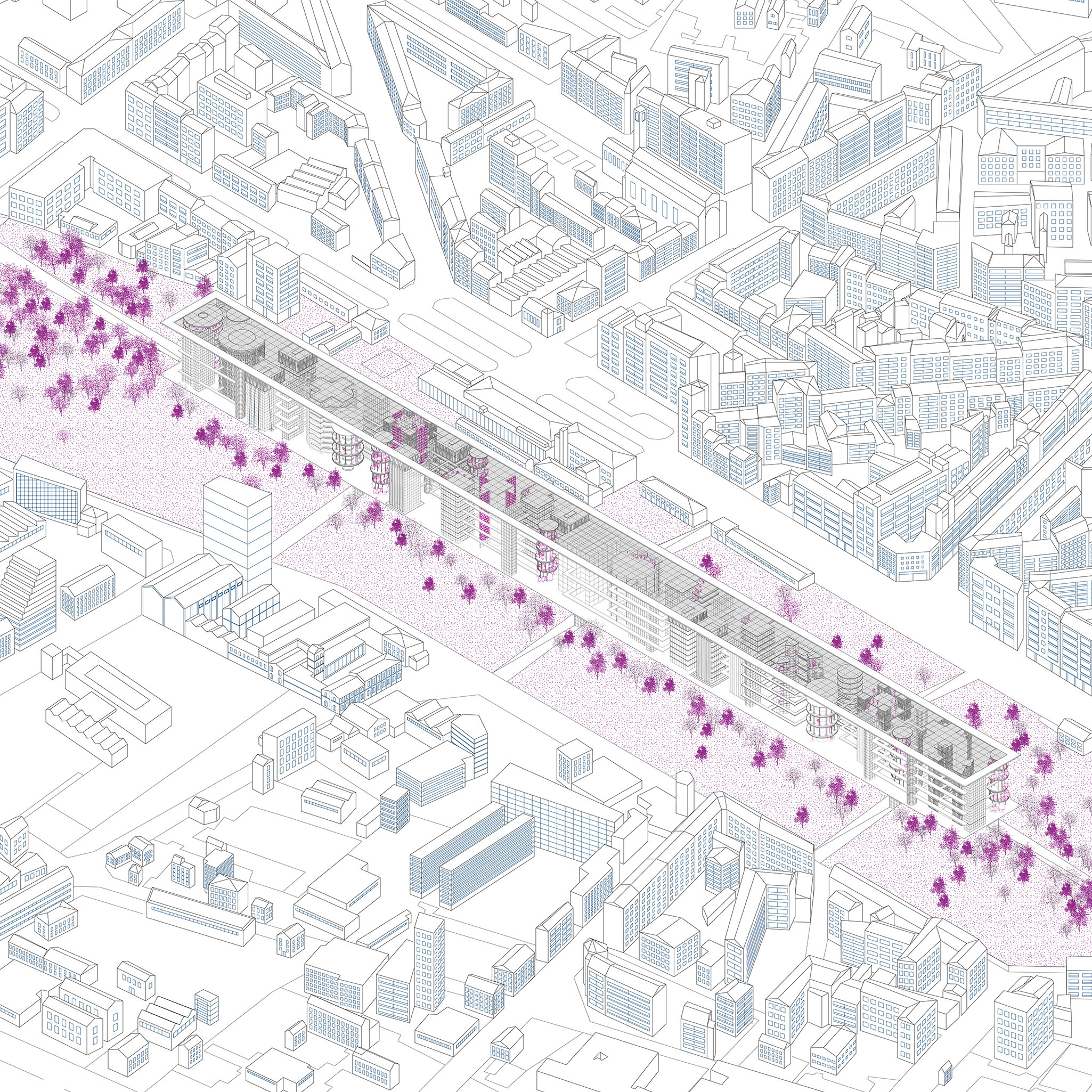 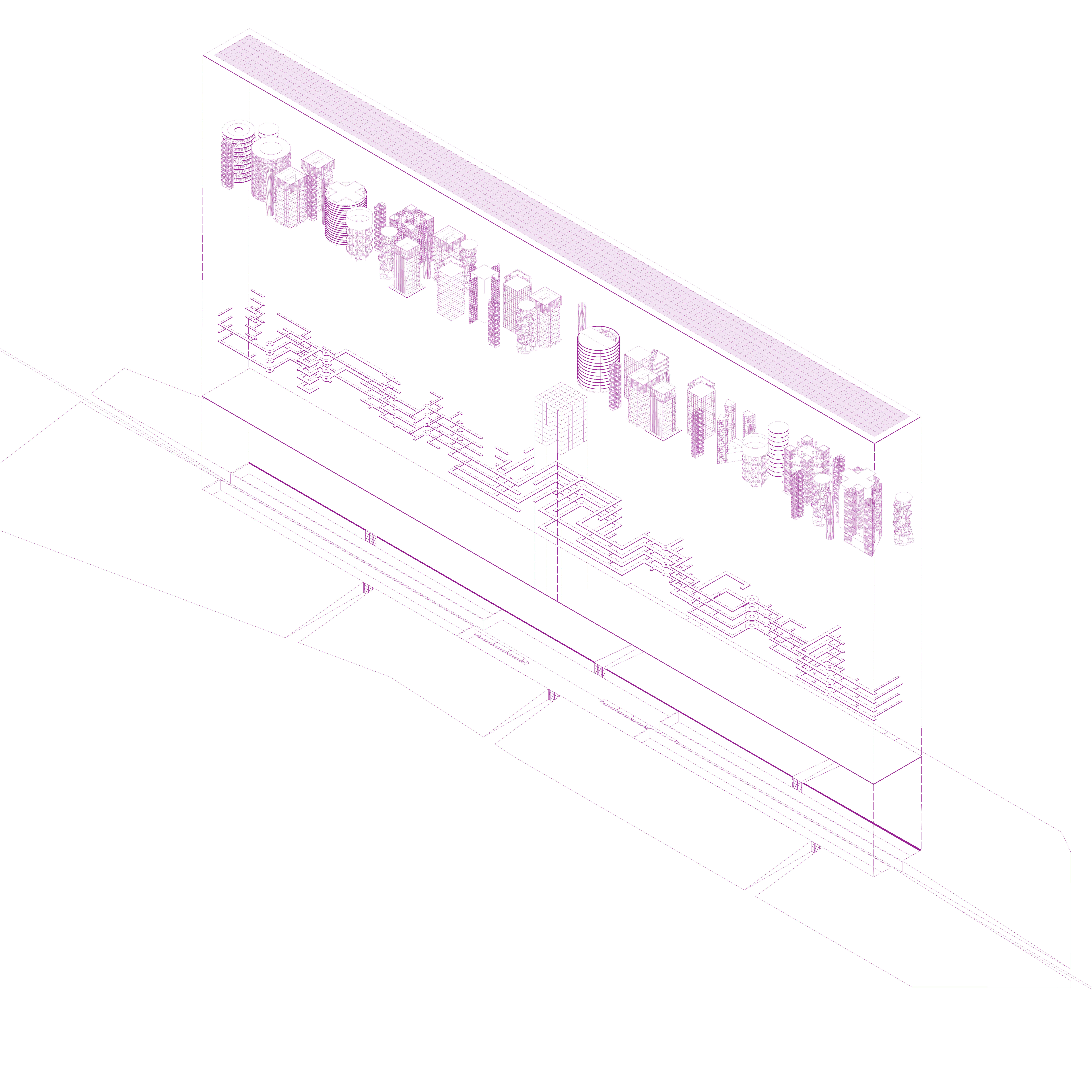 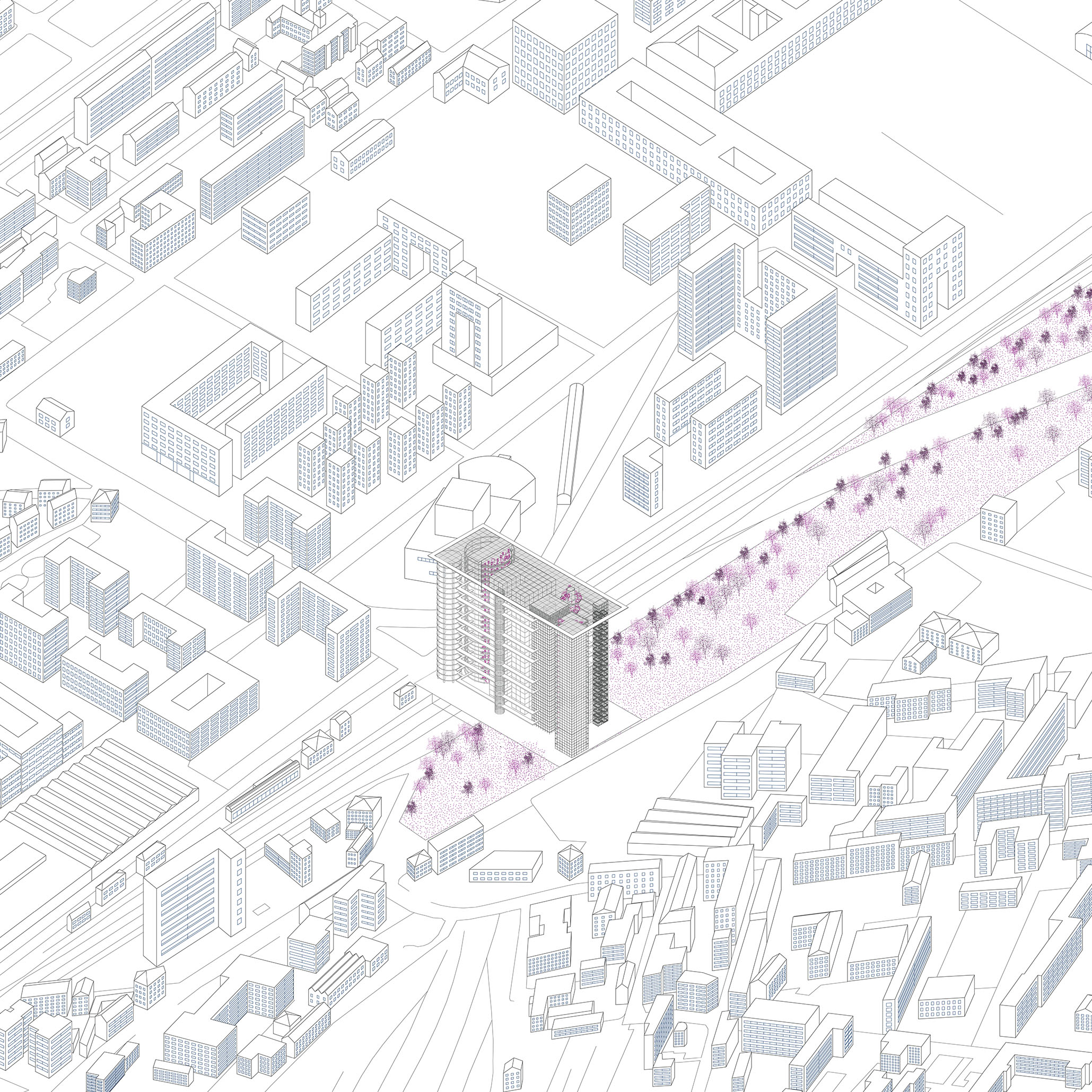 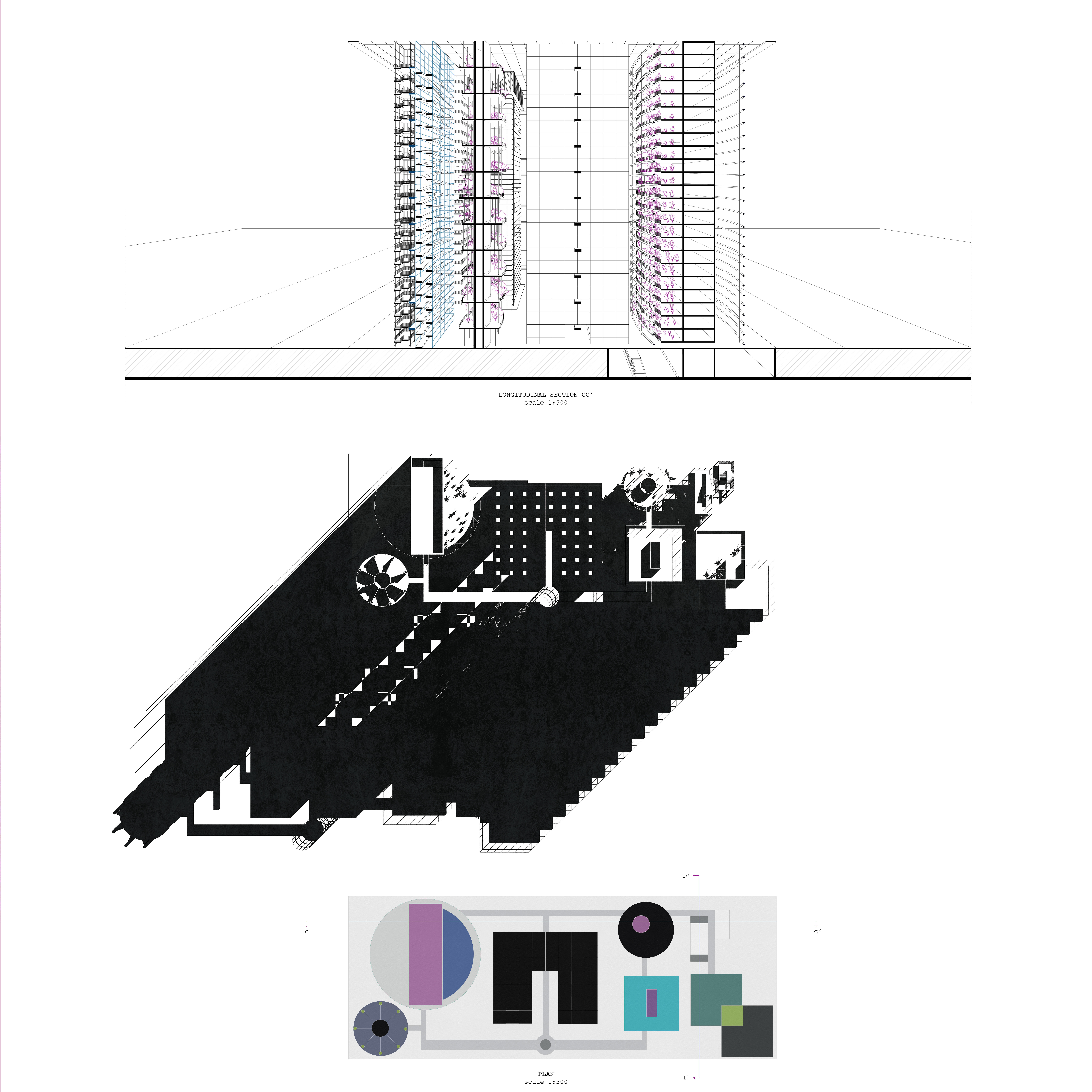 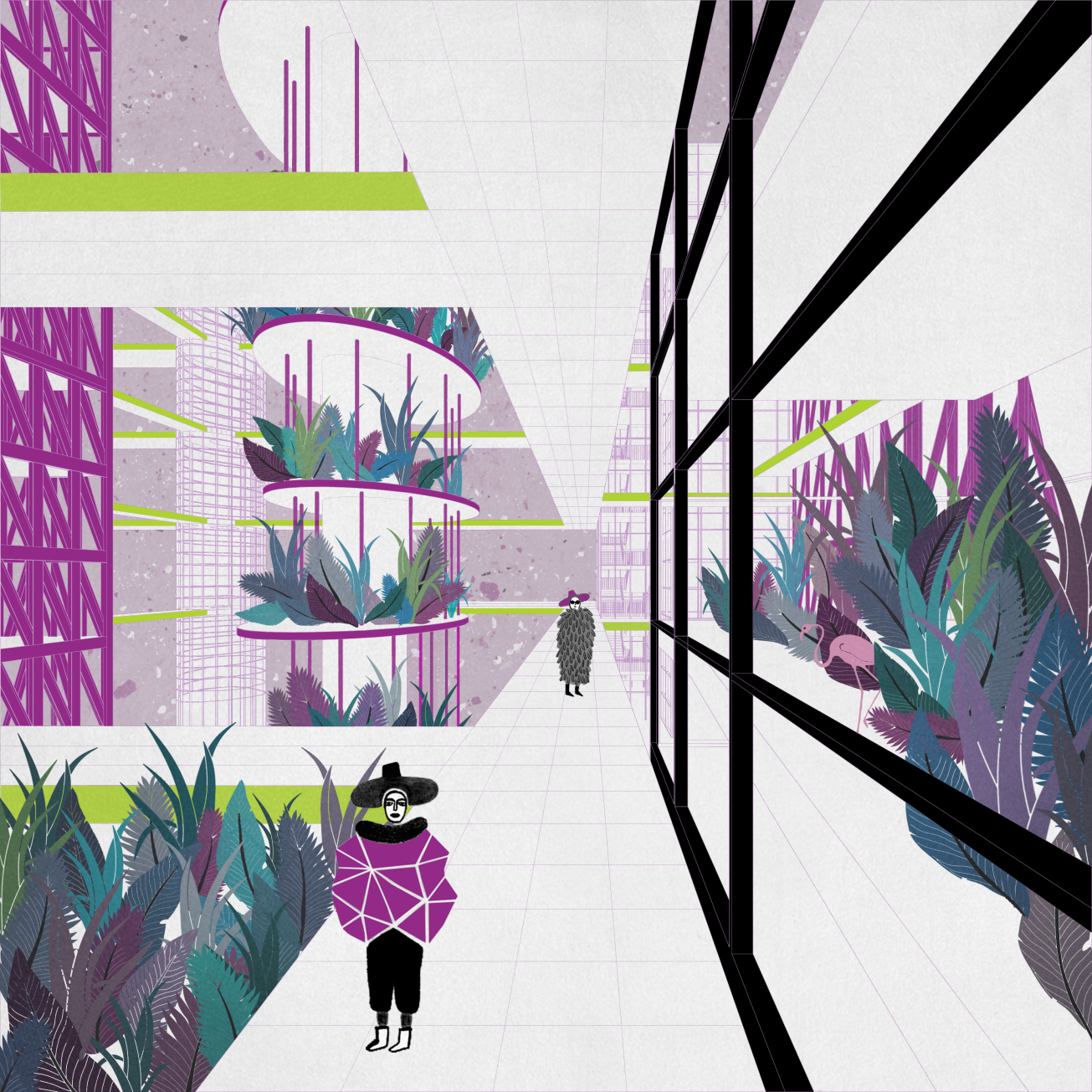 Humankind is facing, in our time, a new geological Era, the Anthropocene, a period definitively marked by the unrestrained exploitation of natural resources which is causing now,and will cause in the future, several severe environmental problems.

The project is a proposition of how the future may look like in the year 2117. Milano Mega Watt proposes an experimental way of living, placed in Scali Milano – the abandoned railway system, trying to balance the cohabitation between mankind, nature and animals. It offers an innovative possibility of coexistence that might generate, at the same time, both improvements to daily life and worrying results. Hence, in this hypothetical and provocative vision the border between utopia and dystopia seems to be rather weak.

Assuming the future necessity of being self-sufficient in order to have the possibility of providing for ourselves, each yard is going host a massive structure becoming a new landmark for Milan. “Boosting the city” is the main role of these experimental spaces, offering vital services for people in order to answer to the huge lack of resources that humankind is going to face. This structure could be considered as a “city in the city”, proposing itself as a source of life.

Milano Mega Watt creates an alternative way of living, and it is able to produce, collect and improve the city in terms of energy. In order to attain self sufficiency the building should provide a balance between the number of inhabitants that might live there and the amount of primary needs that they would require. Therefore, defining at a first time the primary vital needs of one single person, it was possible to determine the dimensions of the building and, subsequently, to manage the relationship between these various spaces. The idea is to design hybrid solutions, generated by the merging of needs related with human activities (housing, education, commercial, production, infrastructure, health) combined with natural entities able to feed and provide for people’s survival (farming, livestock, water storage). The result is a series of eighteen different typologies of hypothetical livable spaces.