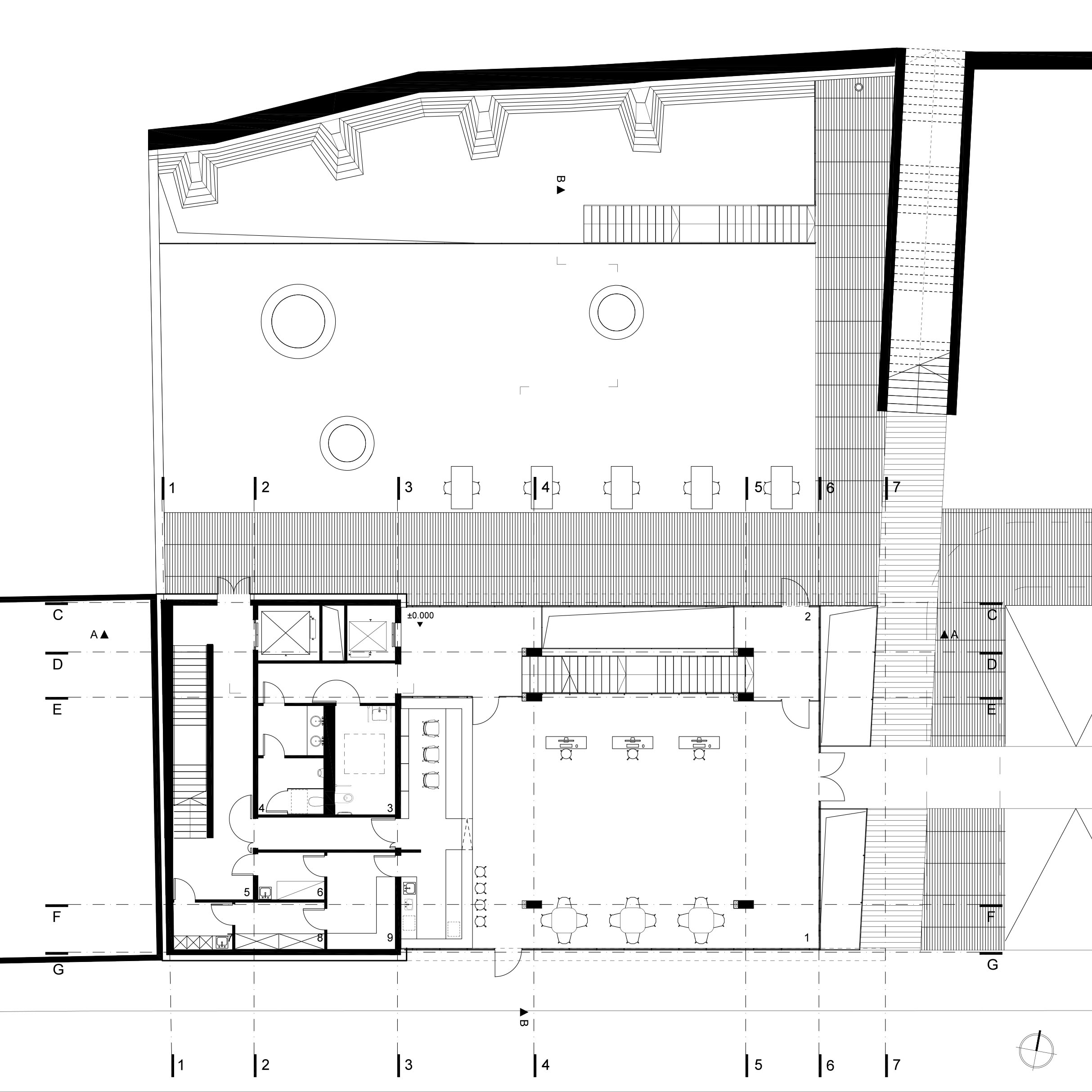 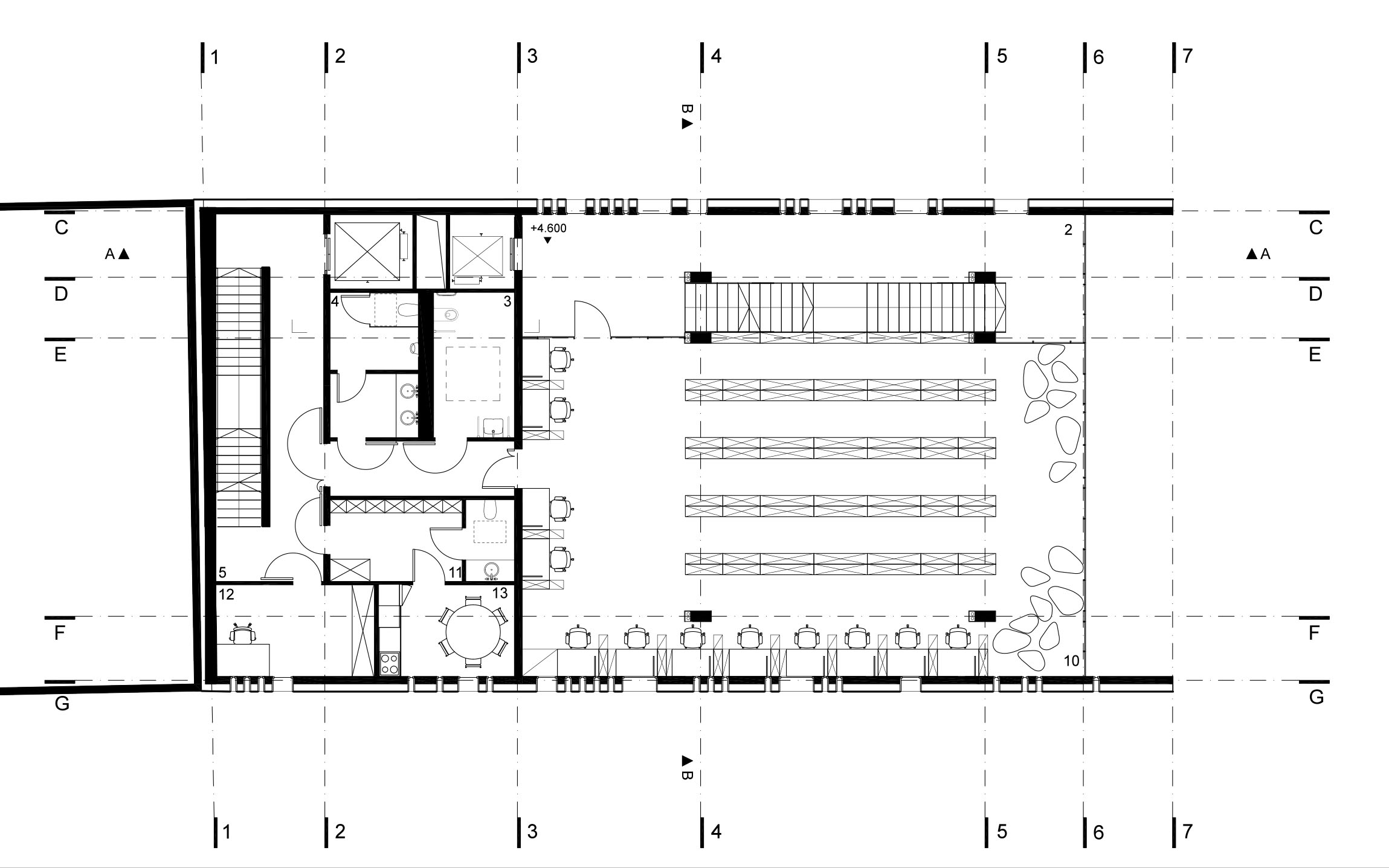 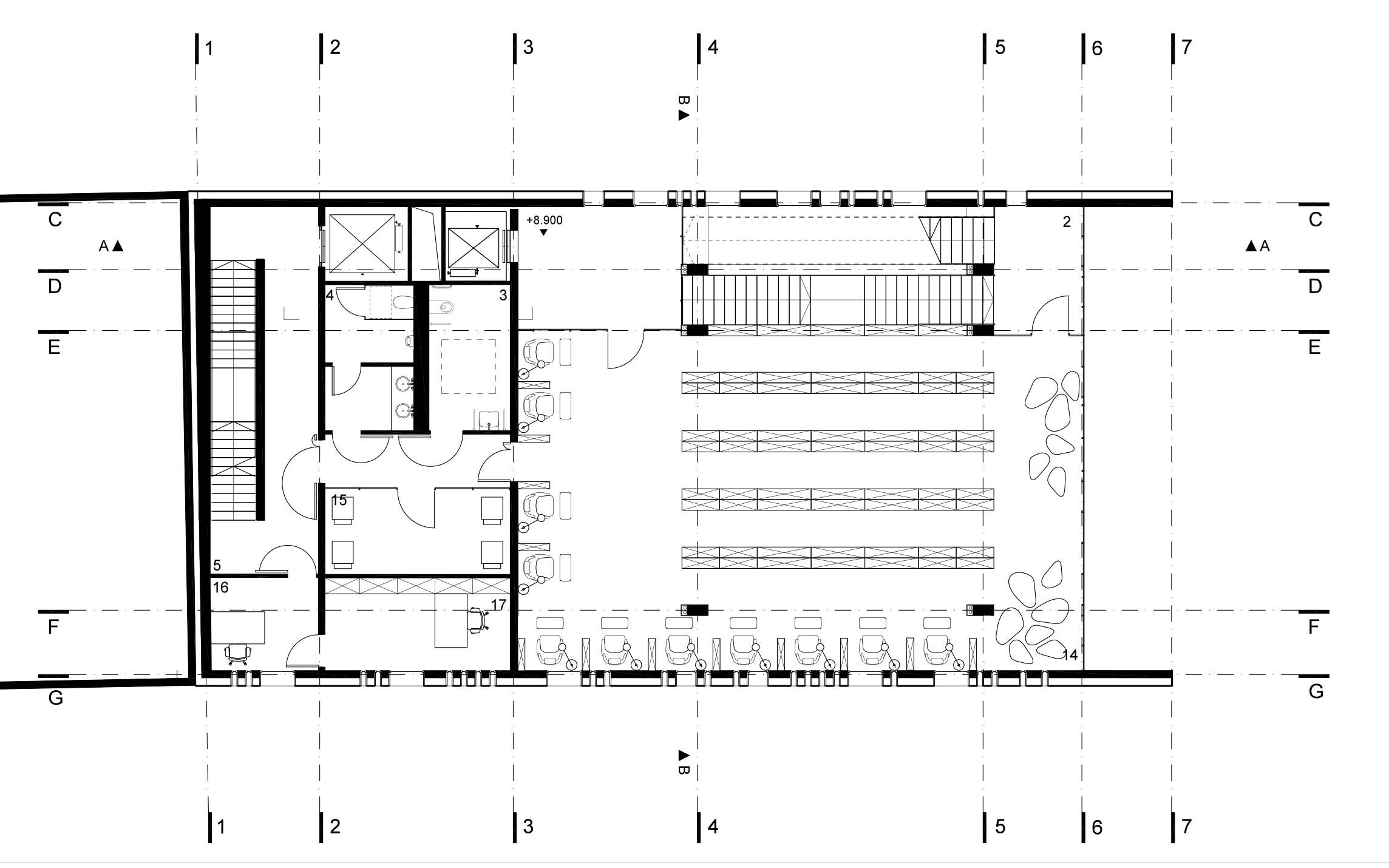 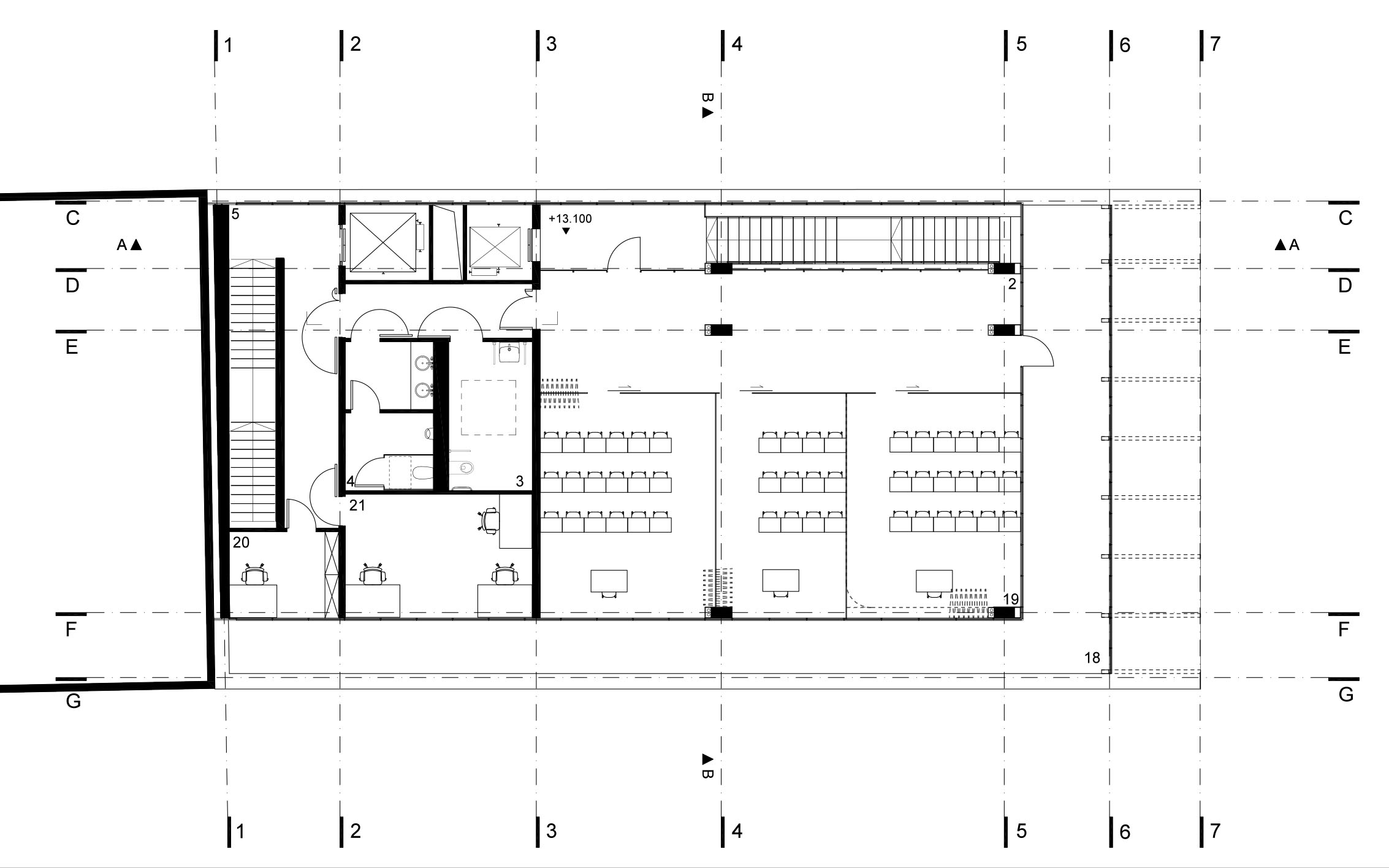 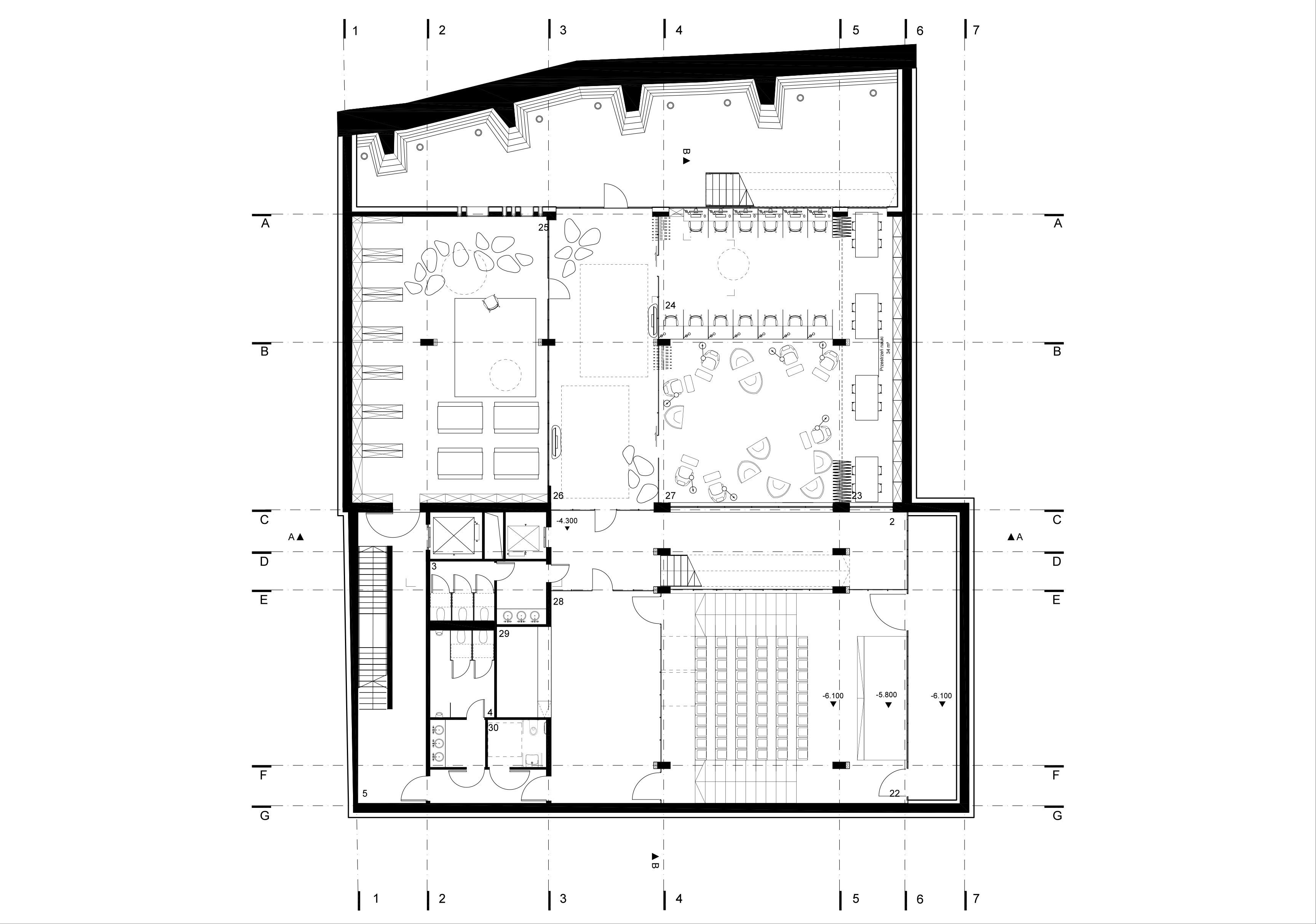 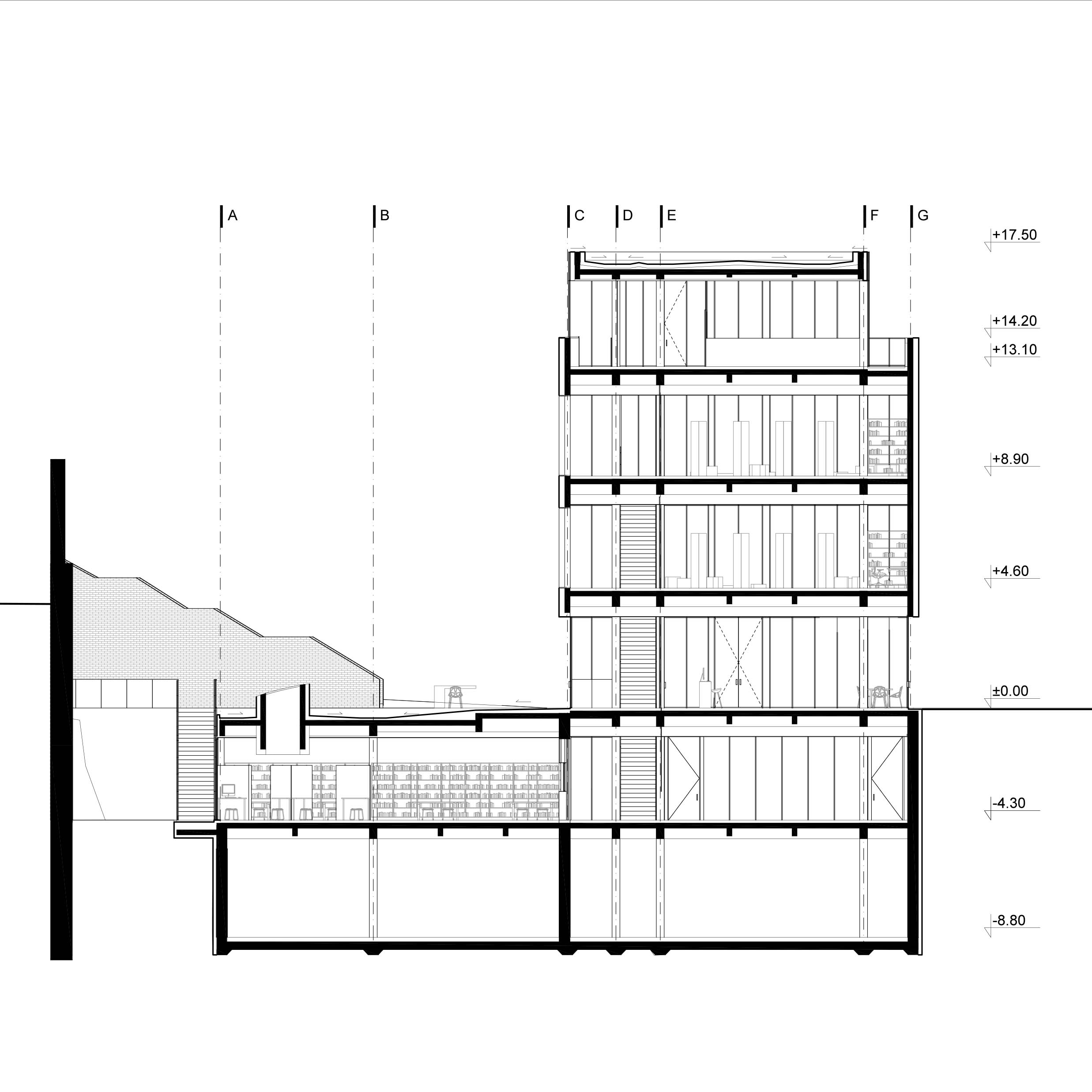 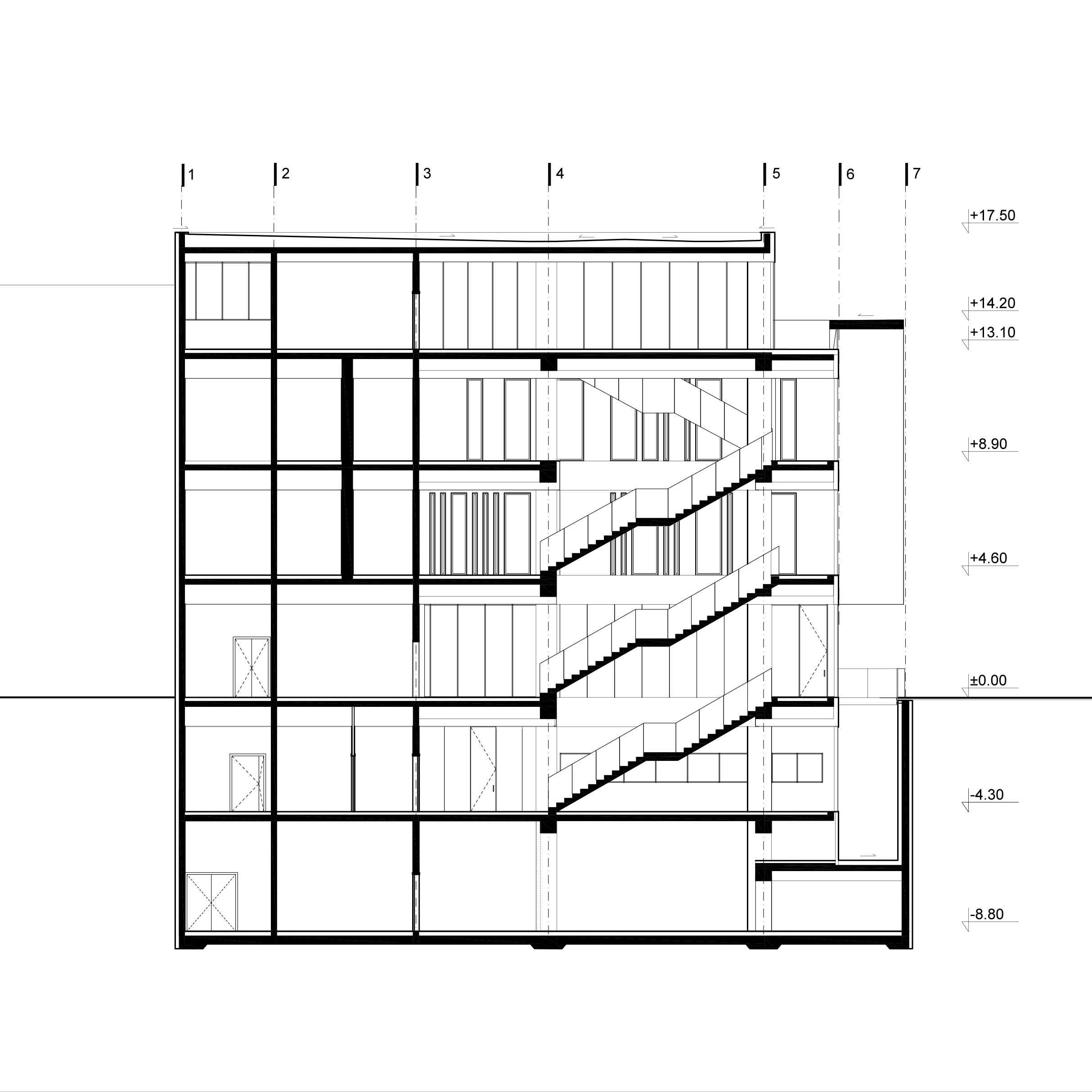 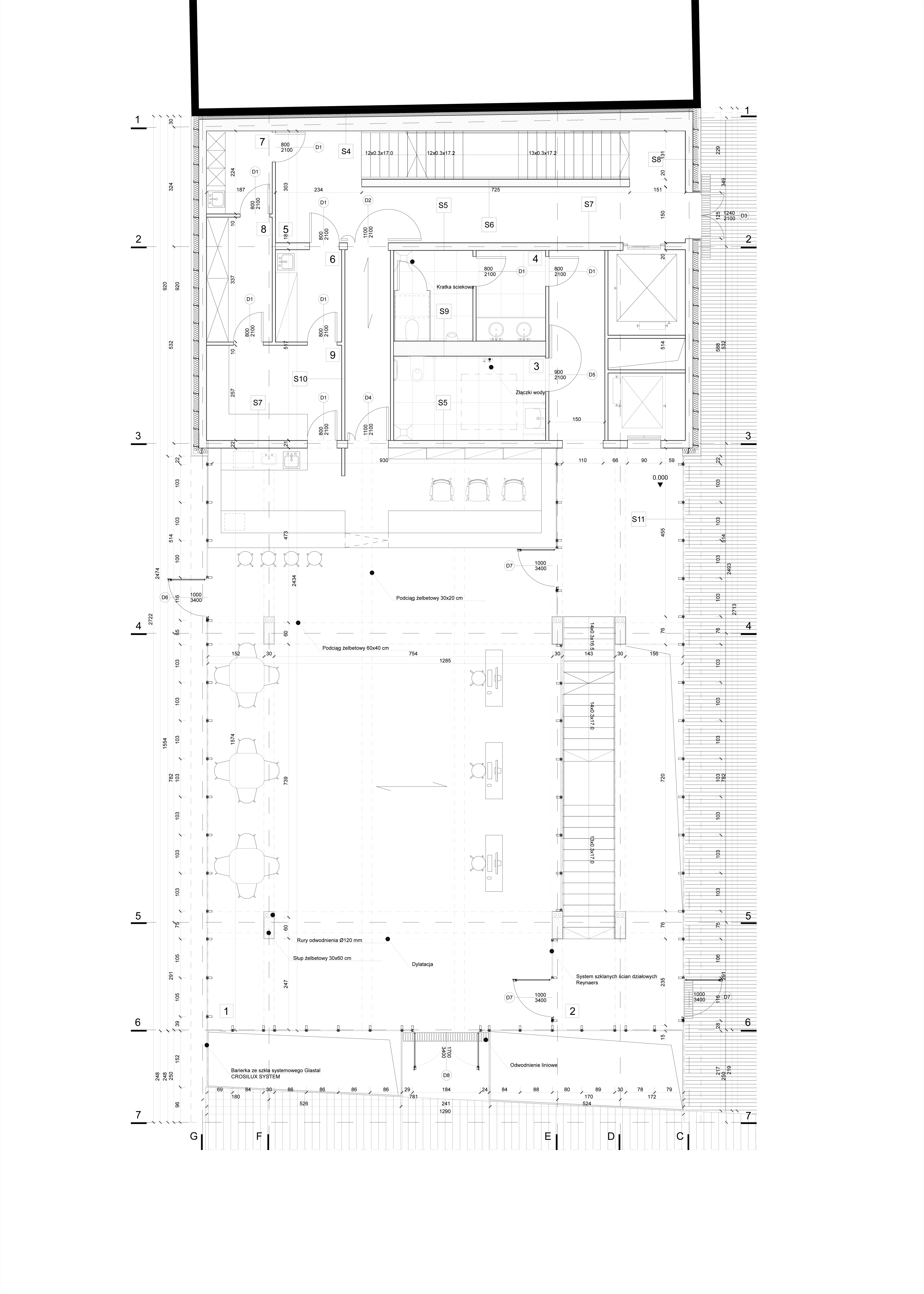 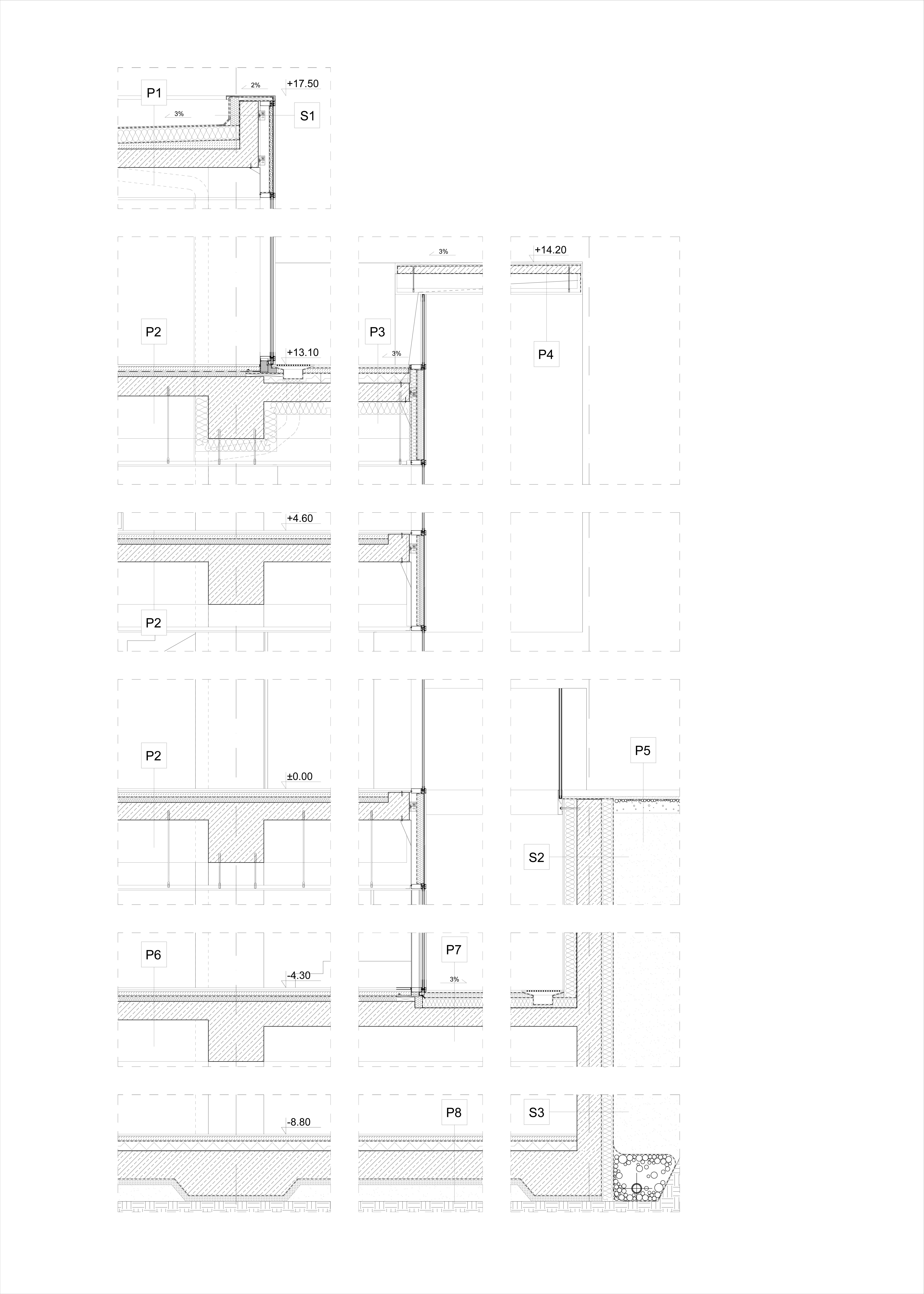 The project is situated 300 meters from Tarnów’s main market square. Located near the historical defensive wall from the XVth century and the Small Stairs which join the area with the level of the square. What is distinctive are the surroundings – a baroque Church and a monastery from XVIIth century, the brick wall and the Stairs.

The design was meant to focus on emphasizing the historical values of the site – the presence of the defence wall and the Small Stairs. The newly designed architecture had to create a harmonious composition with existing buildings. As an addition to the city’s fabric the Media Library building had to provide an outstanding visual values that corresponded with the XVIIth century housing surrounding it. It was a priority to create a space that would attract the inhabitants of the city and provide a new meeting place  for the community.

The most important decision was the localisation of the building. It had to continue the street frontage and at the same time create the space to reveal the wall. The width of the building is the same as the width of the gable wall of the building next to it, which creates a foreground between the Media Library and the Wall. By excavating the ground near the wall a new level was created with an entrance to the building situated on the lower level.

Another challenge was the logical composition of the functions inside of the building. The goal was to create a sequence of spaces on the above ground level that change its functions from the quietest to the loudest as a visitor travels upwards from the first floor. On the underground level a large public space was created with a multipurpose conference room, spaces for children and multimedia facilities.

The Media Library building was created as a space for public dialogue and communication. It was supposed to be the place where the old – symbolised by the renovated defence wall and the Stairs – meets the new. Where technology – on the underground level – meets culture – on the aboveground levels. Natural surroundings, like the mountains seen from the terrace, meet the city.

The Media Library creates a space for new energy in the city – a place where all the citizens can find a place for themselves. From quiet library rooms, a cozy cafe to noisy, full of people gaming spaces.

The inside of the building was created based on two logical systems – horizontal and vertical. The first one divides the space of each level into three parts – the public utility area that fills two thirds of the building and is located on the east side, the communication area and the attendance area. This division is visible also on the facade – the south-east part of the building is filled with light and colour to attract the visitors. It is welcoming them to come inside and use the building. The west part is enclosed with heavy walls – that is the place for attendance area where the offices and other facilities are situated. The communication area is located on the north side where the smallest amount of sunlight is provided.

Tarnów of the Future | TV Interview

Tarnów of the Future | Article